Even Kittens Need Help with Grooming From Time to Time! 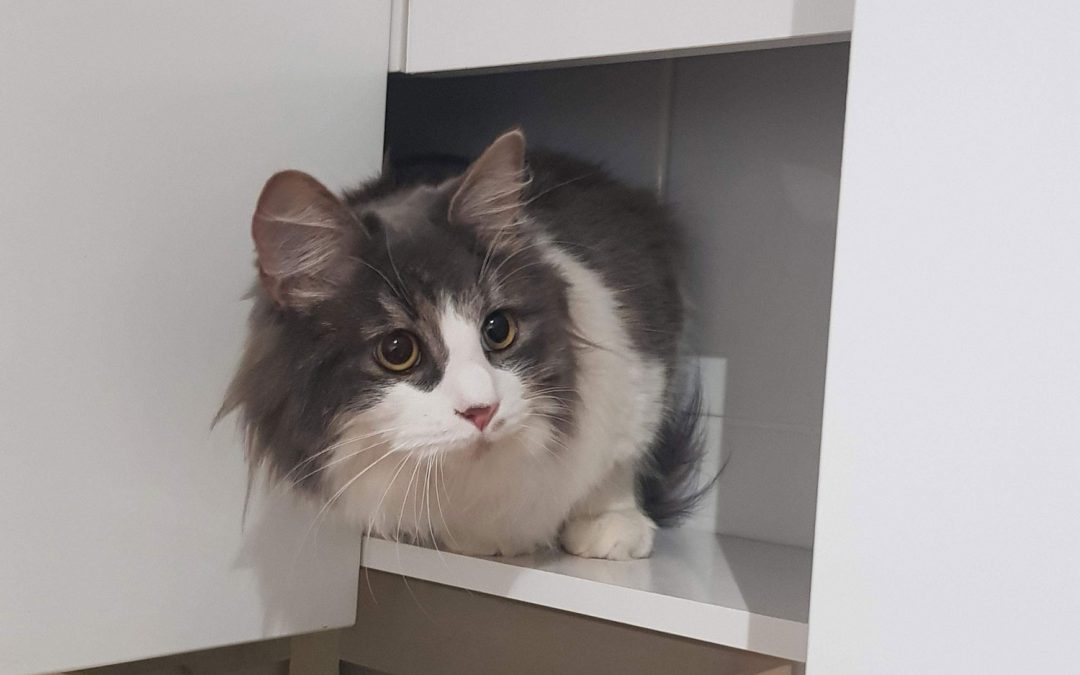 This adorable boy needed some help with a few small knots which had developed down the inside of his back legs. His owner correctly brought him to me to remove rather than attempt to cut them out with scissors and before they became a bigger issue. Kittens and young cats tend to be very inquisitive and wriggly, so its a good idea to start getting them used to being handled / groomed as early as possible so they don’t fear the cat groomer!

This cheeky boy, after his knot removal, ended up sitting high up on the shelf trying to look at the birds outside the window!